Hello friends and beyond,
The article that I linked below caught me by more than just surprise. It ended up becoming too big and too personal for me not to feel compelled to share it with my community, and also for once on these social platforms, to say a few words and get personal and political. Who knows, perhaps some of you will find value in this.
I have had the chance to personally meet Anar though my work community a few years ago, a happy young woman that came from an educated family and was successfully searching her happiness and success in Canada, and I had only known her story as such. She was simply, happily amongst us. Then she completely randomly disappeared for two years. And today, with the reading of this article, she became one of my heroines for having the courage to come out publicly with what happened to her. 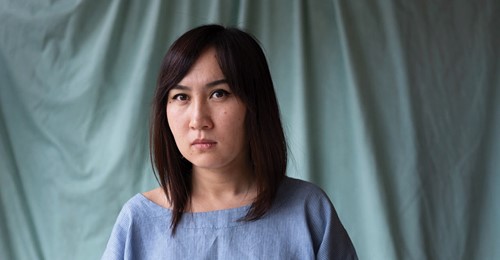 I am shocked by what I just read and the sheer amount of detail that the magazine revealed about her story and what happened to her since. Anar happened to get caught into a political web of imprisonment by sheer chance, an innocent victim on her short visit home due to the passing of her father. 🙁 What makes matters worse is that she was flagged because the country’s national surveillance “algorithm” calculated that she was “high risk”, because she had travelled abroad, and because she came from a muslim background and a politically unliked region.
The article also describes the level of surveillance and tracking that is underway and in constant development in those regions. From what I understand, the argument is that this mass-cultural process is being built in the aim of creating more efficient societies. These efficient societies do seem to have a very homogeneous worldview, which can clash harshly with a world that is filled with diversity.
I was born in former war-torn Yugoslavia, which itself was completely torn apart due to these same types of divisive and polarizing political narratives, which I think we are all experiencing around us today, whether it is covid, or race, or sex, or identity, the list seems to never end.
Canada greeted me and accepted me despite my diverse background, After all, I was also, by sheer chance, partially raised in muslim Turkey. Canada has always prided itself with and promoted a life of acceptance of others and focus on individual autonomy, a life that offers numerous opportunities to everyone and I have called Canada home for over 20 years believing in and living these values. I believe these values should be upheld by any Canadian political party, no matter what it calls itself. When it comes to this vision, I really hope we as people continue to set an example of acceptance, equality and respect to the rest of the world, these are paramount human needs.
Or maybe I am just a dying breed, wanting to simply enjoy the “disconnected” real world a bit more rather than to constantly be plugged into this “surveilled” online matrix. Perhaps our generation may be the last to really collectively enjoy some core aspects of humanness in us, say, human touch, to name one example. I am a father now myself, and I shudder at a thought that my daughter may spend most of her waking adults hours plugged into and influenced by some kind of a “futuristic” device, separated from other “bad” humans and guided towards the “good” ones, with algorithms making all her decisions for her, every waking and non-waking hour. I guess the argument is that she would perhaps have a way better life as a result of all this. Fair enough if that is the claim, but so far, I am still to be fully convinced of it.
The world is getting more and more diverse by the second. Diversity destabilizes nations when it is used to “divide”, but in contrast, it is the most positive force when it is used to accept and respect the diversity of others, and of oneselves.
Anyway, just some food for thought in these times of uncertainty. Stay safe y’all, happy Easter and perhaps we’ll see each other at a live music show or some other human event one of these days. 🙂 My bucket list wish right now is to have all of the audience switch off their phones, and any other “tracking units”, and for a couple of hours, be in the real world, present without distraction, enjoy the presence, and as a side effect, even perhaps create a little “switched-off circle” in the network gridline. #realworld 😉
And my wish for Anar is for her to still find her true happiness and love in life despite what happened to her, she fully deserves it.
p.s. New Yorker has the article in audio form as well and it does take almost two hours to listen to, but every second is worth a lifetime.
https://www.newyorker.com/magazine/2021/04/12/surviving-the-crackdown-in-xinjiang