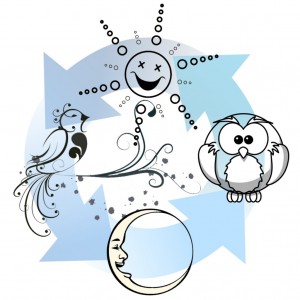 If something that we hear about is congruent with our belief system, we tend to adopt it. If it is in conflict we are easy to throw it away. This is described by a standard psychology term “attributional bias“, the tendency to see whatever attributes we are looking for so we can confirm the diagnosis or theory we already have. The term tooth fairy science is usually used to describe this process too. Everyone has gotten it wrong in their lifetime.  We seem to be more prone to it than not and no one’s immune to it. Yet people assume they are wiser because they are older, that they know more because they studied some subject more than someone else. Usually, if we talk to people about our beliefs, conversations can easily get heated up if we are not good with creating a good discussion or finding a way to agree to disagree.

We’ve all experienced being around a person at a dinner party (or we were that person) who doesn’t listen to others and waits for a turn to start stating the “facts” and then get into a monologue until the table becomes quiet. Usually people stop listening not because they don’t have much to add, but probably because they lose interest in the topic or the person. It doesn’t matter if the person is right or not, he has lost his audience and his point, and he will usually never know it either. The same thing happens when we lash out out of anger at someone when they do or say something that is not congruent with our beliefs. As a result of all this, people surround themselves with other people who share similar beliefs and disconnect themselves from people who challenge or disagree with their belief systems, whatever they may be. What we believe in in this case ends up becoming a “democratic” process rather than an empirical one. Beliefs can thrive in a jaded democratic environment. Yet as much as beliefs can end up being subjected to a democratic vote, reality and facts don’t.

It’s a daunting task to get our beliefs as close to reality. Aristotle defined three ways to “win a debate” through three modes of persuasion:

Ethos — how the character of the speaker affects the audience;

Pathos — how emotion plays a role in speech and arguments; and

Logos — how you structure an argument and the use of logic.

This means that only one third of an argument is based on its logical validity (Logos) and the rest rests in whether you were convinced of it through the speaker’s authority and status (Ethos) or through our emotion (Pathos). So if some argument resonates emotionally with you or you just accept it because you trust the source based on authority, you are prone to believing it even if it is incorrect. (On a side note, this is why I prefer discussions to debates which I explore at great length in my post “Turning Debates into Discussions“).

In many circumstances, we are in a situation where we have no other option than to trust experts. And how do we know which experts to trust? In Canada for example, it is illegal for pharmaceutical companies to promote drugs to the public but it is perfectly legal to promote it to doctors and dentists. While many people put their trust in doctors, doctors are being sent to cruise trips by companies that encourage them to prescribe sleeping pills. Could “pathos” subconsciously be playing a part  in doctors’ prescription making decisions? And wouldn’t companies stop promoting it to them unless it did have an effect? It is understandable why some people would end up not trusting the medical industry and turn to more “natural remedies” which just gets them into a similar situation, instead of trusting an “authority”, they turn to their “instincts” and “gut feelings”. But how good are we with trusting those?

Who does have time to do all this research in the interest of the public good if the regular person doesn’t? Companies do. Do they do this work? Probably not, as more often than not it goes against their mission statements to go digging to find out whether the product that they are selling so well works or not. Then there is our government, and do people generally trust the government? What can we do to have the government act on behalf of protecting the well-being of their citizens and hire people specifically to solidify our belief systems? Then there is the scientific movement, which directly uses “logos”.

First, we need to start observing how we approach any given subject matter. That was the insight I had when I caught myself dismissing the article on research about sleep and camping.  The next step is to start educating ourselves about logical reasoning and the scientific method. The scientific method’s function is not to agree with or succumb to someone’s belief systems but to observe claims and test and challenge their validity.

From there, we can start building a belief system that is consisted of a body of knowledge. As for the night-owl issue, I did end up looking into the research that was presented in the link my friend sent. In the last century, humans have been exposed to consistent stimulation of artificial lighting, which would increase the amount of people who stay awake into the night, regardless how they would naturally be predisposed to sleep. This is not necessarily in conflict with the chronotype theory. The absence of artificial light in nature doesn’t prove that there there wouldn’t still naturally be a certain percentage of early-birds and night-owls.

Russell Foster does a great job on informing us about sleep (video below). His “Ethos” is solid as he is a circadian neuroscientist, he’s an emotionally engaging speaker, so his “Pathos” passed the test for me too. Most importantly, his “Logos” checks out too based on my understanding and knowledge of well formed rational arguments. On a side note, Foster also makes a fantastic point that our brains don’t make good decisions and sound choices in life if we are sleep deprived, so regardless if you’re a night owl or not, make sure you get enough sleep.

With the awareness that everything I wrote in this post is based on my own beliefs and doesn’t represent the truth, but rather my attempt to get closer to it, I will conclude that all that’s there for us is continue to properly educate ourselves on these matters, be humble and not take ourselves too seriously as there always is some grain of ignorance in anything that we know.

P.S. A week after writing this a friend sent me a very thorough talk by the philosopher Daniel Dennett about the shortfalls of our thinking and the tools we’ve developed to better them. In the clip below, Dennett pretty much summarizes many of the points I explored in this article.