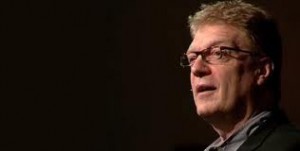 Ken Robinson delivered one of my favorite TED talks to date.  His simple message explains how important it is to cultivate creativity within us and our children and also how important it is to recognize our natural aptitudes that give us full meaning and then pursue them. I am also impressed by how naturally he draws in his audience with humor and then switches back to important matters.

His points explore shortfalls of the western educational system and how it affects and suppresses people’s creativity, their ability to grow, change, see things anew and not take things they are used to for granted. Overall, he suggests a revolution in our education, not just a reformation but a transformation and it’s exciting that so many people are getting on board with this vision! Ken’s work reminds me of the writings of Alexadner S. Neil I had read many years ago, about a self-governed school called Summerhill, which he’d started at the beginning of the last century in Suffolk, England. Visions toward the betterment of our education had sparked my interest and passion ever since then.

Check out Ken Robinson’s two talks on TED in 2006 and 2010 Ken will also be coming to Vancouver on Aug 25, 2011, through the Dalai Lama Centre. I am looking forward to going! I got very curious about Ken Robinson’s work and research so I went to the local bookstore and got a copy of his book “The Element”. In a few words, the book is about encouraging people to find their true Element, the thing in life that makes them alive and worth living for; something that gets them into the “zone” and that they have an enormous aptitude for. Ken points out how our educational system suppresses creativity in our children, makes it harder for them to find their Element and that many people could actually learn much better in life without the traditional schooling system. Current educational system seems to offer good guidance only to a very small amount of people who are interested in things like math and sciences.

While I loved the book, there is one thing that slightly confused and even peeved me about the examples Ken Robinson brought up throughout it. Creating clarification on this is what this write-up is mostly about. Almost all of the people who found their Element that Robinson mentions in the book went on to become some sort of multi-millionaires and famed celebrities.  Since I know that Ken is not promoting a lifestyle of being a super-star, I was a bit dumbfound around these examples.  Whether consciously or not, Ken is establishing a frame for people to think that if they find their Element, success of immeasurable proportions is going to surely follow. I think that these examples can set up people to the opposite of what Ken writes about and cloud what his work is all about. With the exception of these examples, Ken doesn’t even talk about monetary success as something to pursue; in fact at one point by the end he says that discovering the Element doesn’t promise to make people richer and that opposite could be true, where people might decide to pursue things that make less money than what they had done in the past. So why get caught up in this consistent use of stories of extremely successful people making millions?

To draw attention and interest while thinking that every-day stories would not be of interest to people? Or to prove to those who are pursuing the “American dream” that it’s possible to do all that without a diploma? Or because he didn’t interview many people who just found their Element in some small self-fulfilled communities or some successful small-scale family business? Or it just didn’t come to mind for him to step away from those types of examples? I wonder. In another talk excerpt with some great RCA animation called “Changing Education Paradigms” (below), Robinson points out that our traditional educational paradigm divides people into “Academic” and “Non-academic”, or “smart” and “non-smart”. He points out that as the result of this, “some benefited wonderfully but most have not”, and that “many brilliant people think that they are not”. I only hope that as a result of all the examples that Ken used in his book, people don’t slip into a new paradigm where very few people believe that they found their Element and benefited enormously from it financially and in fame; and that whoever hasn’t reached the fame and fortune just can’t seem to find that Element within.

This is the same issue I have with some new age prophecies like “The Secret”, but that would have to be a whole other post… Of course, it’s not about the fame and fortune anyways… One of the few times Ken actually does give non-fame-infused examples in the book is by the end, where he talks about finding one’s passion as an amateur; and only to draw one’s attention from a dreary job and give more meaning to his/her life.

And, of course, my favorite part of the book, the heartfelt story about the seniors from old-people’s home that bonded with kindergarten kids from across the street. Through sheer circumstances, they all started meeting together daily and the seniors would read and tell stories to the kids and create very strong bonds that played a crucial role in children’s development and seniors’ finding their place in the world… He also used a great example in his 2010 TED talk with the fireman who saved his school-teacher’s life years after the school teacher would tell him he’d been wasting his life away by wanting to be a fireman… I wish the whole book were filled with these kinds of stories, stories that are the actual reality of the millions of people out there, rather than the smallest percentage of the people who make millions…

Stories of people who found their Element and had a nice little sustainable job that could help them live in a connected, co-dependent community where friendships and family, good times and supportive conversations matter more than money or success ever would; stories that actually inspire readers and stand out because of their genuine, profound and humane message. 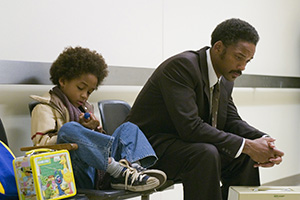 While at it, this slightly reminds me of the movie “The Pursuit of Happiness” with Will Smith. A story about a man who risked everything he had in life and lived in the slums of subways with his little boy for months in order to get a position in a company where he could become rich. I do agree that it truly is a remarkable story of a person pursuing his dream… And of course, the end of the movie goes on to tell us what a millionaire he became. What is important to really notice in this story is that Will Smith’s character was competing against a dozen other people to get that position. It makes me wonder: what are the stories of those dozen or more people? Did they also sacrifice everything for this pie in the sky chance? And once they didn’t get the position, did they continue living in the slums with maybe even more children and broken families that they created?

Because that’s a more realistic reality for most of the people than the “follow your dreams to become rich and famous, work hard, and they will all come true” myth that is so aggressively promoted in today’s western culture. Would anyone else consider making another 12 movies, sequels to this one that tell each of those other 12 people’s stories too? Some of them might be still in the streets or barely making ends meet, like the one Will’s character was going toward and would have likely stayed in if he hadn’t gotten that job. And of course, since the title of the movie has the word “happiness” in it, why didn’t the movie conclude by saying: “he went on to be the happiest man alive…” instead of focusing on how many millions he made? Maybe the movie should have been called “The Pursuit of Fortunes”?

Tony Robbins tells a similar story (video below) about Sylvester Stallone where he ruins his life, his relationship and even sells his dog in order to pursue his Element. It is great that Tony is inspiring people to pursue their dreams, just like Ken is, and I’m on board with that one. That part is great. It’s the “packaging” of the message that I am uneasy with. All these stories use famous people as an inspiration. Besides promoting “finding one’s Element” it adds the extra “element” of fame and fortune as an end-result and that is quite and unattainable goal as it simply is not the reality. And while millions people “chase the carrot”, in reality, only a few get it. The Rocky tale is yet another story that glorifies becoming rich and an Oscar winner. 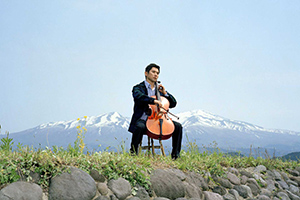 If the story focused on the goal of creating community, connection with loved ones, which is a very possible reality for everyone, then I’d be much more on board with it. I’d recommend a movie like the Japanese masterpiece “Departures” as an alternative to “The Pursuit of Happiness”. It is about a man who finds his Element while working as an undertaker and realizes the immense joy it would give him to help bring closure to people’s lives in his own hometown.

Overall, I managed to get so much out of reading “The Element” even with this small yet important “slip”. I hope that Ken’s future writings have more examples of finding one’s Element that do match his vision: finding true joy in life, creating long-term bonds with people and nature, promoting community, mentorship and well-being and educating everyone about it.

One of the most important messages he gives is how our social system has a developed a tendency to “box out” and separate humans from rest of the nature, to see things linearly instead of diversely and even segregate humans based on their age, gender, IQ score, etc. Robinson calls on seeing ourselves and others as codependent with the world around us rather than an isolated, independent entity (which by the way, riches and fame seem to bring), and to start seeing social and health issues as something that we need to address collectively in order to reduce the amount of people’s alienation and their depression.

Addendum: I had the opportunity to hear Ken Robinson speak in august and also chat with him a bit during reception. I brought up some of these thoughts and asked why he used some of the examples. His response was that the examples were mainly to point out how far someone can go in life if the person finds one’s element and that examples of celebrities speak strongly of that and do draw attention. He also said that he is working on the follow-up book to the Element, in which he hopes to bring up a wider range of examples and topics to illustrate his ideas.