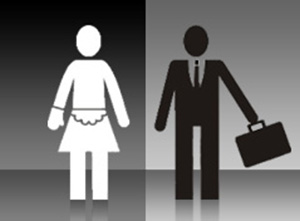 As we started the discussion, the female person who’d thanked the teenage girls the day before happened to join in, agreeing that the comment that’d followed was sexist. They passionately started explaining to me how women had had a hard time being recognized in the music world, usually underpaid and very often straight up disrespected. And that it had all narrowed down to men in this world just caring about whether the woman is hot in order for her to be on the stage and men needed to be put back in their place. I listened and understood what they meant; I agreed that all what they explained must happen a lot and how hard it must be.

Then I asked what was it about the comment the day before that made it sexist? One of them said, in relation to me being a performer, “Ivan, what would you say if I’d said that all I care when you perform is how you look?” I said, “last year when I was performing and you were in the audience together with bunch of teenagers, you all together were playfully shouting at me to take my shirt off and then fling my hair around, right?” “That’s true, and a good point”, she responded.  I continued: “I didn’t find that to be offensive at all. Furthermore, I myself require the musicians that I work with to dress well. Inherently, there is nothing offensive about appreciating a person’s beauty on stage, whatever forms it may come in.

The question is: do we also appreciate their music and them as humans? And now that I am starting to understand what you mean by yesterday’s comment being sexist, considering that I respect you and all the teenagers around, that comment came across as just an extension to respect that was already there. That’s why I didn’t take it the way you did.” Now, lets talk about respect. Is getting angry and demanding respect truly the best way to address this issue? When there is respect, a “sexist” comment becomes a “playful” comment. Furthermore, if one respects oneself, what difference does it make what someone else thinks? Now, if the other person is being rude or is introducing the idea of inequality, then that can be fully addressed without ever labeling them as “sexist chauvinists” – instead, so many arguments end up with: “You dare put a label on me! I’ll put a label on you!” I consider a “sexist comment” to come from at least one of three things:

1. The person is ignorant.

Many people are born into a gender inequality promoting culture, where that’s what they were simply exposed to all their lives. It’s in the language and sometimes we are not even aware of it. Think twice before you scold someone who has ignorant beliefs. One of my favorite moments was when I organized a music camp at a school where my good friend worked. One boy had refused to do something and another boy said, “come on, don’t be a girl”; to which, my friend commented, “That makes no sense, what do you mean?” He allowed the boy to think about what he was saying and still didn’t let him get away with that comment instead of punishing him for what he’d said. When we fail to educate in this way, people grow into these prejudiced, arrogant and patronizing habits and beliefs.

2. The person is insecure.

All too often, people are caught up in putting others down in order to get their own need for respect met, and in the process get disconnected from themselves and others. This is the one that I think gets most people angry. How much does attacking an insecure person support you in having that same insecure person understand where you are coming from? If you think that a person will truly give you honest respect that you are seeking, how likely is it that attacking the person by labeling them as sexist will achieve that result? You can still fully address what they said though (Be soft on the person, hard on the problem). The irony is that this woman that was upset never addressed on the spot what the other guy said in the first place. She was breeding gossip and promoting hatred against the “sexist guy” behind his back, thus perpetuating the problem both ways.

Then again, even if she’d brought up the issue right on the spot, it would probably turn into an argument rather than a discussion. She got disconnected too, just like the other person. While talking to her I recognized that she wanted understanding, respect and someone to hear out how difficult it is to constantly find herself in a position of being put down publicly all her life and have to speak up non-stop. The problem of gender inequality needs to be actively and assertively talked about. At the end of the day it’s not about whether it’s a man or a woman, or a specific race, or sexual orientation, it’s about accepting, respecting and protecting all people who are part of our community. When this is in place, everyone is less insecure and not driven to put others down.

3. Finally, it may be a playful compliment.

One might say something that appears to be sexist, while he/she was just being playful, unaware that someone is being insulted. Maybe that’s what the guy who made that comment at the meeting was doing. If someone had just asked him, “is that the only way you see female musicians?” he might have responded, “not at all, I love women and respect them.” Or maybe not. But rather than jumping to conclusions and blaming the person based on respect or disrespect, be curious what the person is wanting to say and assertively address it with the support of your community.

The biggest reward I felt from this experience is when an hour after our conversation, my female friend came to me and thanked me for talking to her and having such a forthcoming, open attitude toward this issue and that it was a pleasure not to have a heated shouting argument, which seems to happen all too often when one introduces the topic of the “disrespectful sexist asshole”. In conclusion, I’m pasting below a TEDx talk a friend sent me that seems to bring even more light to the subject matter. Also, here’s a follow up blog post I wrote later that addresses some aspects of this situation that I didn’t address in this blog: Thanks for reading and please, do share your thoughts and comments below.

P.S. Read the continued exploration on this subject in the article “My Lesson on Sexism – The Female Perspective“.