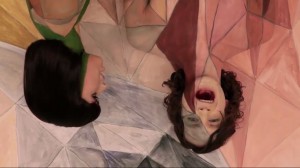 In all of its masterpiece glory, this song is a symbol of our society’s failure to find ways to resolve conflict, retain connections, be patient, listen and understand and grieve and forgive rather than resent. People can have a hard time dealing with one’s own emotions, and especially the emotions of another person when things start not working out, and they cut each other off (“…didn’t have to cut me off”).

We are raised in a culture where we think that if something is wrong, we need to fix it, and when that is applied to emotions, people will fail, because emotions are not to be fixed and changed around. They need to be acknowledged and one needs to create patient space for them. Once people fail to deal with emotional turmoils, they can easily switch off and downplay the importance their connection had in the first place. (“Make out like it never happened and that we were nothing”). Then resentment kicks in. (“And I don’t even need your love”). This then becomes a downward spiral where people get negatively primed and the anger and negative sentiment override can ensure they stay resentful. I prefer when two people put the effort to hear each other, understand that they are in different places in life and together work through the difficult hurdles, even if they are not getting what they want.

Additionally, even though all this is about retaining good rapport after a break-up, through this kind of understanding, deep and long lasting relationships can also be created. Strong, deep feelings will always come and go, more songs like these will be created and people will love them. People will get angry and left betrayed, yet will they learn to look underneath the anger and see what deeper emotion is driving it? People will feel hurt yet will they refrain from blaming others for the emotional state they are in? Will any future songs sing about this? One can still go through the process of grieving a love that didn’t meet one’s expectations without becoming resentful. Listening to a song like this reminds me that there is an option to work on creating relationships in my life where the resulting sentiment about a person I’d developed deep connections with would end up being “somebody that I continue to know”.