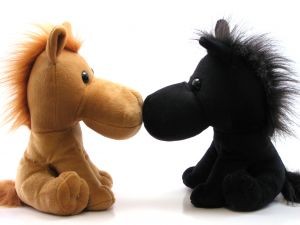 An argument is an argument, is an argument. Yet, some people claim that they not only like, but need a “good argument” every once in a while – to pick a “good fight” and “properly vent”. Because,  after all, it is in their “fiery blood” that drives them to do it; and NVC only “prevents” them from experiencing this natural process.

There is nothing wrong with venting when frustrated or angry. Expressing and feeling your emotions is what it is all about. The question to ask yourself is not how good it feels for you to vent, but rather how it feels for the people on the receiving end of it.

Whenever I find myself caught up in a distressing situation, I remind myself whether the “venting” I am about to throw myself into (and onto others) could create more damage once I’m done. If you ever inevitably “let yourself loose” when highly upset, consider either finding a place to be alone to process it all or contacting supportive people who already know how you tend to behave when overwhelmed. That way, they have the option of choosing to be around for it or not, or at least have ways of working with it. I also find it very effective to work through any frustrations by not directing them at any other person around me. This way the person on the receiving end can more easily be present with me.

As for anger itself, it is rarely a straightforward emotion. Instead, it is often a combination of unmet needs, coupled with other emotions that get mixed with our assignment of blame towards others, and sometimes even toward ourselves. That is usually the active ingredient in starting arguments. Once we remove this evaluation, we might find that we are simply frustrated, exhausted, confused, or sad… Others can still hear us out through this process, even if they happen to have played a part in contributing to the frustration with their actions. The first step ought to always be about increasing the odds of connection, rather than diminishing them.

When someone is going through intense emotions, these tend to limit the ability for the person to think straight. Emotions can affect our decisions and that is why it is important to feel them first and wait for the wave to wash over before getting back onto making resolutions.

As I mentioned above about anger, don’t start avoiding emotions just because they might have affected your (and other people’s) behaviors and caused rifts in your relationships. Learn to deal with emotions and making rational decisions separately instead.

Similarly, it won’t work to try to empathize and give advice at the same time either. It is a mistake to attempt to “listen” to someone by giving them advice. It’s also not a good time to add insult to injury by saying things like “I told you so”. Most of the time, people really just want to be heard. Just remind yourself what it feels like when someone gives you unsolicited advice while you’re upset. Once people are  connected, advice tends to flow much better, of course once you’ve confirmed that the other person is even interested in taking advice.

I often hear people say that they love someone and that it is mainly about the other person receiving their love. The person that loves isn’t supposed to benefit from it. The theory can go as far as saying that if one is to “benefit” from love, that that is not “true love”. My stand on whether love is selfish or not is that love is a mutual process of giving and receiving.  It is selfish and selfless at the same time. The person giving love gets the need for giving met and the person receiving love gets the need for receiving met. Both people gain in the process.

One of my favourite stories about love comes from my mother, who told me of a time when she challenged an Indian colleague of hers on the concept of arranged marriages. When he told her that he believed one “chooses to accept the other person, no matter who they are”, she then asked him, “ but what about love?” He asked if she loved her children? And whether she could choose who they would become as adults, what they would look and behave like?  And furthermore, whether she could decide if they would even like her, get along with her, respect her or love her back? Despite all these uncertainties, mothers still choose to love their children.

Here is an insightful video where Marshall Rosenberg explores what love is through the eyes of NVC:

The above video is fairly entertaining. I took a weekend workshop with Marshall many years ago and I remember laughing wholeheartedly throughout most of the course. He knew how to explain things in such a way to allow people to laugh at their own follies.

This can be a double edged sword: the video above is intended to be informative and educational, giving us a perspective and come with a laugh or two. However, it is not a lesson on how to behave with others. You have to be very careful when distinguishing between situations where you are discussing NVC terminology and sharing ideas about it and situations where you need to be carrying out NVC (which is actually, most of the time). The expression “we giraffes see love as needs” from the video above is not to be used when you are having a disagreement with someone. That is usually the reason people dislike it when someone pulls an NVC on them. Instead of trying to explain NVC to them, simply “do” NVC.

No problem can be solved by uttering a few prepared catchphrases. Don’t get frustrated at the NVC method if it “didn’t work” at first, or in a certain situation: like many other communication tools, it can show you the map, but it is up to you put it into practice and learn to master the technique.