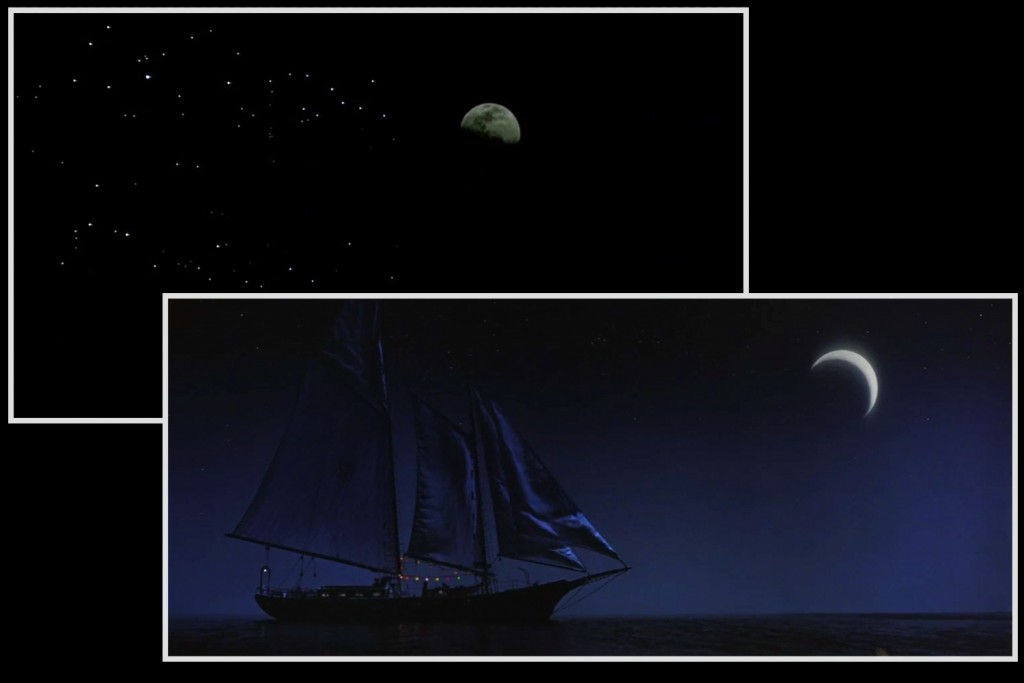 In support of the this “frownie effect”, I’ve heard many explanations that it is possible for it to happen, depending on which part of the world one is at (southern vs. northern hemisphere) or some other types of forces or specific geometric alignments that “play out” in nature.

The reality is: the crescent Moon at night always smiles at us. It can never frown. It can be a frownie only if it is still daylight; if it’s during a Sun eclipse (although this would actually not even be a frownie Moon, but rather a frownie Sun); or if you are hanging upside down or lying on the floor at night and just literally seeing the Moon upside down as a result of your own alignment. 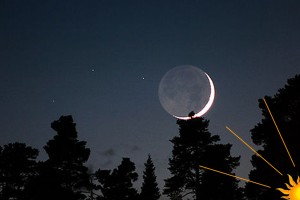 When the Moon appears crescent, the Sun is physically behind the Moon (i.e. the Moon is between the Earth and the Sun), and just appears to be closely by its side. The part where the light is outlined on the crescent Moon ALWAYS faces where the Sun is positioned because while the Sun’s light is illuminating the Moon’s surface on the other side that we don’t see, the part the illumination that is showing is the narrow sliver of illuminated edge along its side that is facing the Sun. 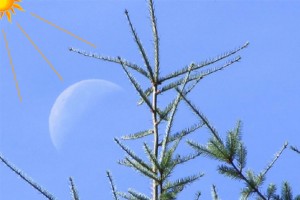 If the crescent Moon were to have the light outlined at the top edge (i.e. Moon appears as a frownie) that would mean that the Sun is “above” the Moon, in which case the Sun would also be above the horizon, which would be only during daytime.

As for two movie scenes above, in Lawrence of Arabia, the Moon positioning would work if at least it were shown sideways but putting it facing straight up implies that the Sun would be above it and as a result it would have been the middle of the day. And in Joe the Volcano, we can even see the sunset (or incoming sunrise) glow on the horizon, yet the Moon is facing up and away from it. Perhaps this bit of information might assist future movie makers to get this very small, yet significant detail right.

And while we’re on this topic, next time you are enjoying an evening walk, remember to look for that crescent Moon so that it can give you a nice big smile .:)